The Future of Publishing is Frictionless: Part One 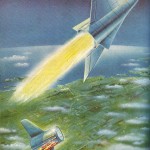 The future of publishing is frictionless. And whoever gets this wins.

Whoever doesn’t get this will simply melt into primordial ooze and be forgotten.

Because this is they way evolution rolls.

I wasn’t always a believer. A couple of years ago I was very resistant to the idea of eReading. Because let’s be honest, nobody likes change, not me and not anyone I can think of. Except maybe techies—they breathe the stuff as though it were air or something.

Meanwhile the rest of us take longer to convince. About halfway through embracing something new, we look at each other and say, “Hey, this isn’t so bad after all.” Then we grin maniacally for days and tell everyone we know they should try it. Whatever the change was.

But be honest, the last time somebody came up to you and announced, “Time for a change!” You squirmed. And then you tried to figure out a way around it. And I don’t blame you one bit.

But we’re past this point in publishing now. At this point, there are so many folks grinning maniacally and telling us to try things that if we are not trying them, we should probably get our head’s examined.

I’m not ready to retire. In fact, I’m just getting started. Fortunately, I had a number of mind-opening moments in 2009. Here’s a quick recap. See what you think:

At the beginning of the year, I wasn’t sure if it was a good idea to have my latest book on the Kindle.

Today, I’m like, “Why isn’t my latest book on the Kindle?”

Keeping up with the advances in technology in publishing presents three truths we all need to embrace now:

The future is practically here. Let’s hope the frictionless part is following close behind.

This is part one of a series of posts, which will be continued.

Next post: Nine Things to Clarify About Your Platform (Part One)

Previous post: How Do You Juggle So Much, Christina? Part two: Whiteboard Magic