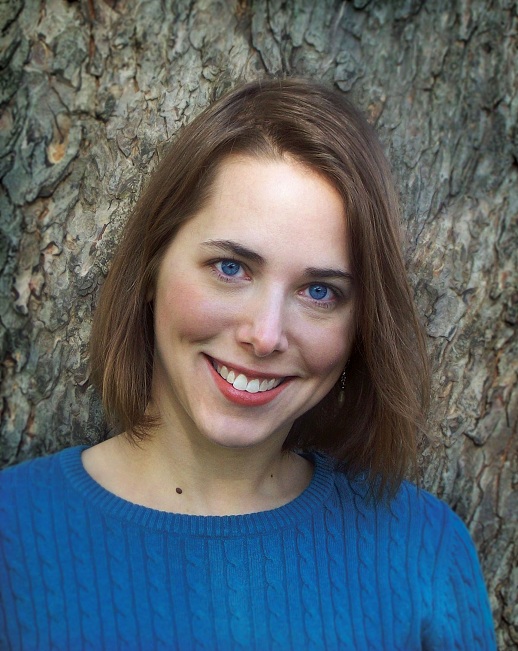 I first crossed paths with Kristina Riggle at the AWP Conference in Chicago in 2009. She was there with a whole bunch of the Literary Mama gang, who are currently led by Caroline Grant.

In fact, if I’m remembering correctly, that was the time of the passing of the torch from former editor and co-founder, Amy Huddock to Caroline Grant. But don’t quote me on that.

Since then, Kristina Riggle has been busy writing novel after novel. In fact, she has come out with a novel a year for the past four years! Her fourth novel, Keepsake, comes out in June and Kristina was generous enough to offer a copy to one of our participants. Thank you for helping me welcome her!

Kristina has published short stories in the Cimarron Review, Literary Mama, Espresso Fiction, and elsewhere, and she works as co-editor for fiction at Literary Mama. Kristina was a full-time newspaper reporter before turning her attention to creative writing. As well as writing, she enjoys reading, yoga, dabbling in (very) amateur musical theatre, and spending lots of time with her husband, two kids and dog.

Her latest novel, Keepsake, is about a compulsive hoarder and her estranged sister reluctantly joining forces to clean out the hoarded home when Child Protective Services comes calling, and much more than junk is uncovered. Learn more at http://www.kristinariggle.net. 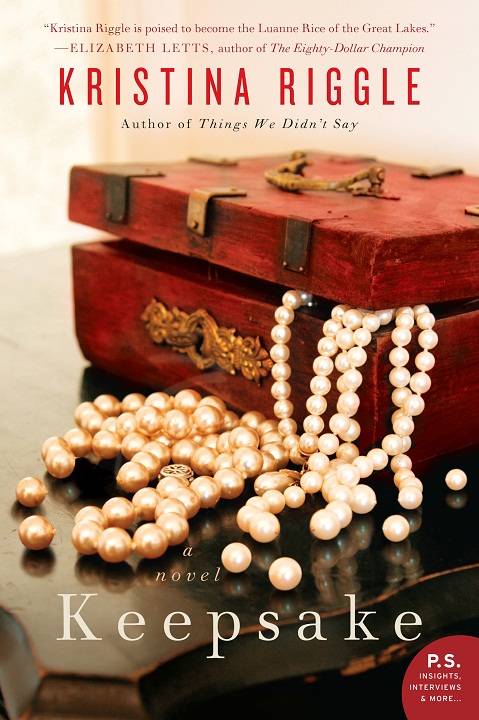 About Keepsake, A Novel

From the critically acclaimed author of Real Life & Liars and Things We Didn’t Say comes a timely and provocative novel that asks, What happens when the things we own become more important than the people we love?

Trish isn’t perfect. She’s divorced, raising two kids — so of course her house isn’t pristine. But she’s got all the important things right and she’s convinced herself she has it all under control. That is, until the day her son gets hurt and Child Protective Services comes calling. It’s at that moment Trish is forced to consider the one thing she’s always hoped wasn’t true: that she’s living out her mother’s life as a compulsive hoarder.

The last person Trish ever wanted to turn to for help is her sister Mary — meticulous, perfect Mary whose house is always spotless … and who moved away from their mother to live somewhere else, just like Trish’s oldest child has done now. But now, working together to get Trish’s disaster of a home into livable shape, two very different sisters are about to uncover more than just piles of junk , as years of secrets, resentments, obsessions, and pain are finally brought into the light.

I’ve always felt like a writer since I could read. My first career path was as a journalist, though the creative writing and fiction were always what I felt most passionate about. The birth of my first child upended everything I thought I wanted out of a career, so that marks the time I started trying to write fiction seriously, for publication.

My husband has gone above and beyond the call of duty in supporting me, in every way possible. He has never, not once, complained, nor begrudged me a single sacrifice or expense for my writing career, even years before I’d ever earned a dime from my fiction. It’s astonishing, really.

This is a common comment and one of my favorites: “Your characters are so crazy, but you are so normal!” (One direct quote was “whackadoodle.”)

My response: “Maybe I only SEEM normal….”

Thanks for participating in the Writer Mama Every-Day-In-May Book Giveaway! I hope to see you here every day this month. Bring your friends!

Kristina brings up a very interesting word: normal. Does being a writer ever make you feel like you are not “normal”? Do you think other people are “normal”? How about other writers? Is “normal” a word that is typically used to describe writer mamas or is there something “abnormal” about us?