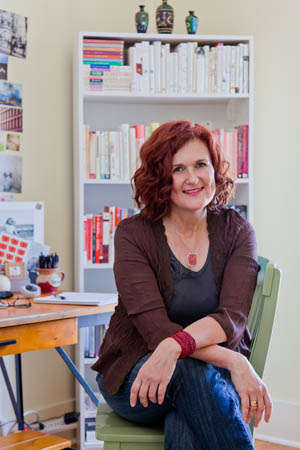 Shout out to Karen Karbo for being willing to give away three of her kick-ass women books for our grand finalé this year!

Years ago I picked up a copy of Karen’s memoir, The Stuff of Life, and blazed through it.

Despite how much time has passed there are passages and images from the book that have stayed with me for years.

How often can you say that about a book you’ve read?

Fast forward, now Karen is working on the fourth release in her kick-ass women series.

Coming soon, a witty nonfiction look at none other than Julia Child. Yahoo!

And while we are all waiting for the release of Julia Child Rules, we can enjoy the first three books in the series…please help me welcome Karen!

Karen Karbo’s first novel, Trespassers Welcome Here, was a New York Times Notable Book of the Year, and a Village Voice Top Ten Book of the Year.  Her other two adult novels, The Diamond Lane and Motherhood Made a Man Out of Me, were also named New York Times Notable Books.  Her 2004 memoir, The Stuff of Life, about the last year she spent with her father before his death, was an NYT Notable Book, a People Magazine Critics’ Choice, a Books for a Better Life Award finalist, and a winner of the Oregon Book Award for Creative Non-fiction.  Her short stories, essays, articles and reviews have appeared in Elle, Vogue, Esquire, Outside, the New York Times, salon.com and other magazines. She is a recipient of a National Endowment for the Arts Fellowship in Fiction, and a winner of the General Electric Younger Writer Award.

She is most well known for her best-selling Kick Ass Women series, the most recent of which is How Georgia Became O’Keeffe, published in 2011. How to Hepburn, published in 2007, was hailed by the Philadelphia Inquirer as “an exuberant celebration of a great original.” The Gospel According to Coco Chanel appeared in 2009.  Next up: Julia Child Rules, which will appear in May 2013. 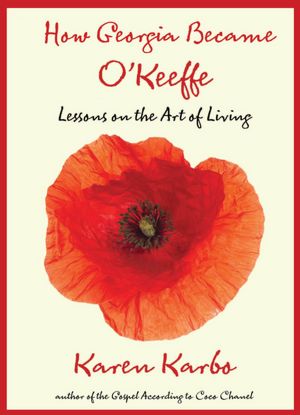 Karen grew up in Los Angeles California and lives in Portland, Oregon where she continues to kick ass.

How Georgia Became O’Keeffe, Lessons on the Art of Living

Most people associate Georgia O’Keeffe with New Mexico, painted cow skulls, and her flower paintings. She was revered for so long—born in 1887, died at age ninety-eight in 1986—that we forget how young, restless, passionate, searching, striking, even fearful she once was—a dazzling, mysterious female force in bohemian New York City during its heyday.

In this distinctive book, Karen Karbo cracks open the O’Keeffe icon in her characteristic style, making one of the greatest women painters in American history vital and relevant for yet another generation. She chronicles O’Keeffe’s early life, her desire to be an artist, and the key moment when art became her form of self-expression. She also explores O’Keeffe’s passionate love affair with master photographer Alfred Stieglitz, who took a series of 500 black-and-white photographs of O’Keeffe during the early years of their marriage.

How Georgia Became O’Keeffe: Lessons on the Art of Living delves into the long, extraordinary life of the renowned American painter, exploring a range of universal themes—from how to discover and nurture your individuality to what it means to be in a committed relationship while maintaining your independence, from finding your own style to developing the ability to take risks. Each chapter is built around an aspect of living that concerns women today of all ages: how to find your own path; work with passion and conviction; express yourself; be in a relationship without sacrificing your sense of self; and do it all with an effortless, unique style.

As with Karbo’s previous books, How Georgia Became O’Keeffe: Lessons on the Art of Living is not a traditional biography, but rather a compelling, contemporary reassessment of the life of O’Keeffe with an eye toward understanding what we can learn from her way of being in the world. 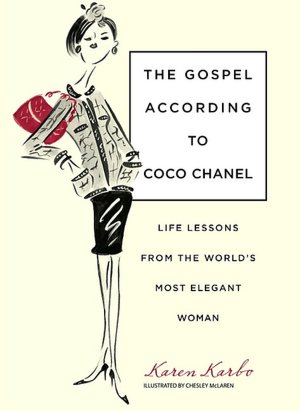 The Gospel According To Coco Chanel, Life Lessons From The World’s Most Elegant Woman

Delving into the long, extraordinary life of renowned French fashion designer Coco Chanel, Karen Karbo has written a new kind of book, exploring Chanel’s philosophy on a range of universal themes—from style to passion, from money and success to femininity and living life on your own terms.

Born in 1883 in a poorhouse in southern France to unmarried parents, Chanel was raised in a convent after her mother died when she was six and her father abandoned her. The nuns taught her to sew, and while working as a café singer in the early 1900s she began designing hats for fun. Her lovers included a wealthy English industrialist, who helped her set up her own millinery shop and steered his society friends her way.

Chanel grew up to be the woman who not only gave us the little black dress and boxy jackets, but also popularized pants for women and easy, practical clothes that allowed women a chic freedom they’d never known before. In her strong-headed, elegant, opinionated, passionate, entirely French way, Coco Chanel helped bring women into the modern era. She was the only fashion icon to be named one of TIME magazine’s 100 Most Influential People of the 20th Century.

The Gospel According to Coco Chanel is a captivating, offbeat look at style, celebrity, and self-invention—all held together with Karbo’s droll Chanel-style commentary and culled from an examination of Chanel’s difficult childhood and triumphant adulthood, passionate love affairs, career choices, habits, eccentricities, and personal philosophies. Weaving Chanel’s life story into chapter themes that subtly convey life lessons, and with Chesley McLaren’s charming illustrations, it will leave the reader utterly entranced with, and inspired by, Chanel’s amazing individuality, confidence, and determination.

How To Hepburn, Lessons on Living From Kate The Great 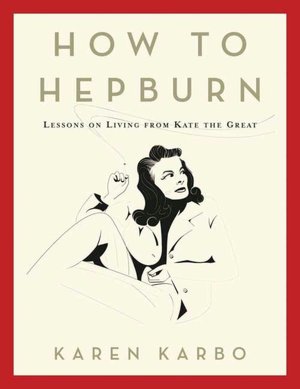 How to Hepburn, Karen Karbo’s sleek, contemporary reassessment of one of America’s greatest icons, takes us on a spin through the great Kate’s long, eventful life, with an aim toward seeing what we can glean from the First Lady of Cinema. One part How Proust Can Change Your Life and one part Why Sinatra Matters, How to Hepburn teases some unexpected lessons from the life of a woman whose freewheeling, pants-wearing determination redefined the image of the independent woman while eventually endearing her to the world.

This witty, provocative gem is full of no-nonsense Hepburn-style commentary on subjects such as: making denial work for you; the importance of being brash, facing fear, and always having an aviator in your life; learning why and how to lie; the benefits of discretion; making the most of a dysfunctional relationship; and the power of forgiving your parents. Thrilling fans of the notoriously independent actress, award-winner Karen Karbo presents a gusty guidebook to harnessing your inner Hepburn, and living life on your own terms.

I wrote my first “novel” in kindergarten (it was 7 pages long). It was called “What’s Up?” and was about five people who didn’t like each other, stuck in an elevator. In second grade, I made my non-fiction debut with “The Praying Mantis.” (With illustrations.) Writing has always been part of my life, but I resisted thinking I could make a living as a writer for a very long time. In college I was a biology major; I thought I would be a physical therapist and would write on the side. An excellent idea, and twelve books later, I’m still thinking it’s a good game plan.

Can I say “no one,” and not sound like an ungrateful shrew? There have been wonderful advocates along the way: my agents (the first, Sally Wofford-Girand, and the current, Kim Witherspoon and David Forrer), editors (Stacy Creamer, who “discovered” me, Karen Rinaldi, Lara Asher) and certain loyal, stout-hearted friends, but it’s the word “always” that trips me up. As a mother and writing teacher I must caution against using absolutes! But if I’m pressed to choose someone who has “always” been behind my writing career, it’s the voice of my Dad, who always believed that if I was willing to work hard and be persistent, I could do anything I wanted to do.

People say they feel as if I’m just talking to them. The inimitable Rhonda Hughes, publisher extraordinaire of Hawthorne Books, once praised the effortlessness with which I write. Of course, because she isn’t your run-of-the-mill book person, she knows that making it look easy is hard work.

Karen writes books about kick-ass women. What do you write about? You can answer broadly, narrowly, poetically, with a list (which you know I will love), coquettishly, even vaguely…however you like!

At the end of your life, what will folks say you were writing about or exploring in the body of work you leave behind?

Thanks for participating in the Writer Mama Every-Day-In-May Book Giveaway!

This is it. Last day, last chance to comment to win awesome books by author mamas.